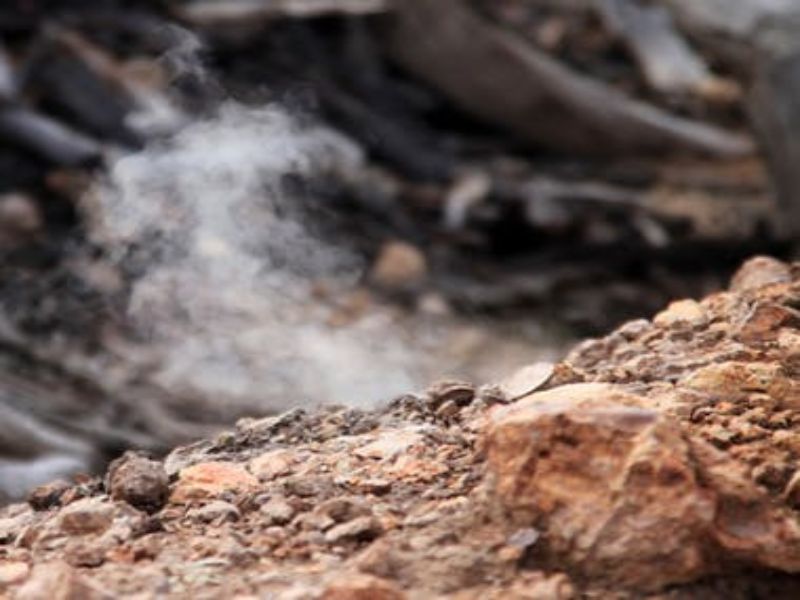 Wingen Mountain, overlooking Burning Mountain. The reclining form of the bereaved Wingen maid can be seen in the profile of the rocks. Burning Mountain is made of marine and coal-bearing sediments dating back to the early Permian period (around 300 million years ago). It appears that two coal seams, around 16 km to the north of Burning Mountain, somehow ignited and have been burning at a rate of about a metre per year. The distance it has travelled suggests that the underground fire began at least 15,000 years ago, although taking into account periods when the burning may have been much slower, the fire may be a great deal older. Today, a two-metre-thick coal seam is burning around 20 – 30 metres below the surface. There are numerous outlets across the surface of the mountain, made obvious by the death of the surrounding vegetation, yellow sulphur deposits, red iron oxides and white sinter powder around the openings - as well as the heat haze and rising smoke and fumes. Air let in through the openings feeds the fires below, creating a furnace with temperatures around 1700 degrees Celcius. As the coal seam burns and the surrounding rocks are affected by the heat, the land collapses, creating an uneven, rocky landscape. 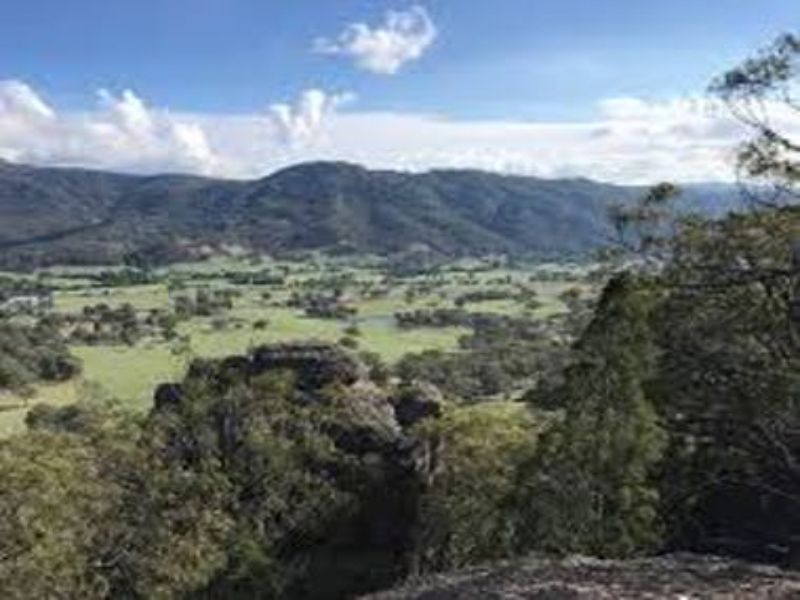 Paradise Park – Eye of the Needle

Paradise Park in Murrurundi is a delightful picnic area in semi tropical surroundings; literally at the foot of a steep and densely wooded hill. It is located on Paradise Road past the golf course it has shelters, barbeques, toilets, plenty of birds and at dusk there are usually some wallabies. Take a stroll through the “Eye of the Needle” a rock formation, which is located at the end of the park, a narrow gap wide enough for a person to fit through, which you must pass to reach the summit. The trail continues to the lookout which affords fine views across to the mountains and the valley. 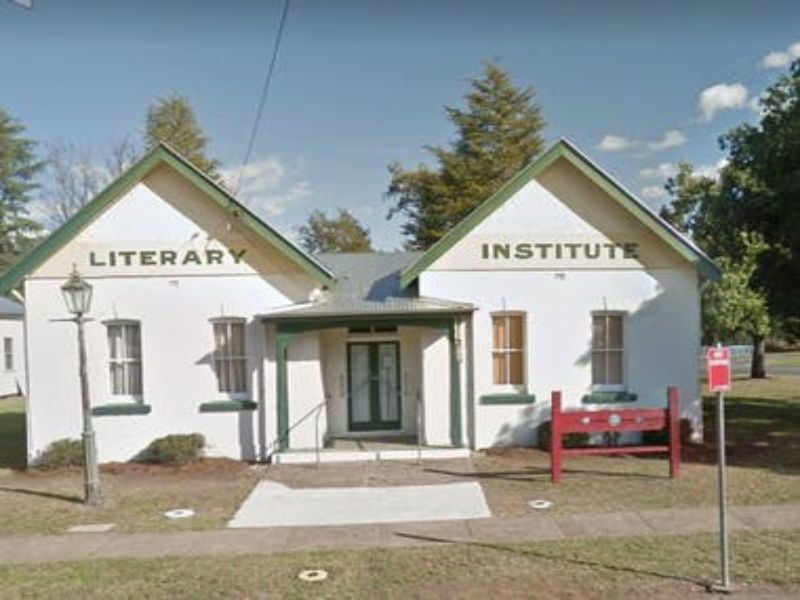 Glimpse into the past and all things engineering

Engineering excellence came to Murrurundi in the form of the models from the “Beautiful Mechanism Series“ which are part of the Art of Engineering and the craftmanship of Raymond McLaren.Housed in the rear of the village’s church hall exhibition centre the working models were part of Raymond McLaren’s collection and shown for the first time in the Hunter region of NSW.The owner of Andromeda Industries Pty Ltd, Mr McLaren prides himself with the models built and housed in his own hand-made jewellery boxes. Designed to promote engineering excellence, the 11 working models were on loan from Mr McLaren.